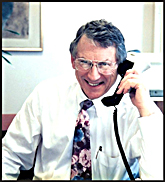 The Foundation would like to acknowledge the passing of a dear friend and longtime supporter of the Arboretum, Keith Patrick. He died from cancer on December 1 at his home in Bellevue, aged 78. Keith was directly involved with the Foundation for more than 30 years. From 1988 to 1991, he was a member of our Board of Directors, serving as treasurer. After his stint on the board, Keith volunteered in the Pat Calvert Greenhouse for many years. He was also involved in all of our early spring plant sales. Recently, he and his wife Janet—a member of volunteer Unit 16, a former president of the Unit Council and board member, and a supporter of the Arboretum since the 1960s—made a significant donation to Phase 1 of the Pacific Connections Garden.

A CPA and financial advisor by profession, Keith worked at Merrill Lynch for over 30 years. In addition to volunteering at the Arboretum, he was involved with other local gardening groups, including the Northwest Horticulture Society, the Chase Garden, and the Bellevue Botanical Garden, where he volunteered later in his life. He is survived by Janet, two sons, and four grandkids. Read Keith’s full obituary in the Seattle Times.

“The horticultural community has lost a shining light,” says director emeritus of the Arboretum, Dr. John Wott, “but we know that Keith is gardening in a brand new garden. Keith put his energy and talents to work in many parts of our community and supported them with enthusiasm, vigor, and with continuing resources.”

“Keith loved his city, the Arboretum, and his friends and family,” says longtime family friend and fellow Arboretum supporter Lynn Garvey. “And he gave his time, money, and exertion to show it.”