Foundation Board Opposes Camping for Homeless in the Arboretum 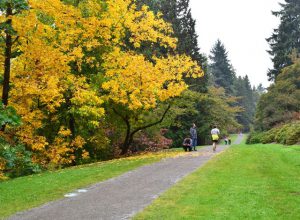 Please help us keep camping out of the Arboretum!

Along with supporting maintenance, education, and volunteering at Washington Park Arboretum, the Foundation engages in advocacy at the local, city, and state levels to protect and sustain the Arboretum.

On September 21, the Foundation Board of Directors passed a resolution opposing a controversial City Council bill (CB 118794) that would allow public camping in Seattle parks and greenways, as part of a solution to the City’s growing homelessness crisis. It was submitted to the City Council on September 28. See the full board resolution here.

Mayor Ed Murray opposes the bill. The Parks Department released a map showing parks—including the Arboretum—and natural areas that could be affected by the new legislation. If passed, the bill may enable campers to live in certain parts of the Arboretum—and other City parks—for a minimum of 30 days. It will also complicate and draw out the process of removing campers from high-use sections of the Arboretum, such as Azalea Way.

We believe that the bill, if passed, will pose an unacceptable risk to the public and cause damage to the Arboretum’s plant collection, facilities, and wildlife habitat.

There are more reasonable solutions to addressing the homeless crisis than permitting camping in our City’s vital parks and green spaces. We urge the City Council to withdraw CB 118794 and conduct a complete assessment of these alternatives, with full public participation consistent with applicable state and federal laws.

Mayor Murray has stated that he will veto the bill. However, if a super-majority of six of the council’s nine members vote for the bill, the veto will be overwritten. Only one council member, Tim Burgess, has so far stated his or her opposition to the bill.