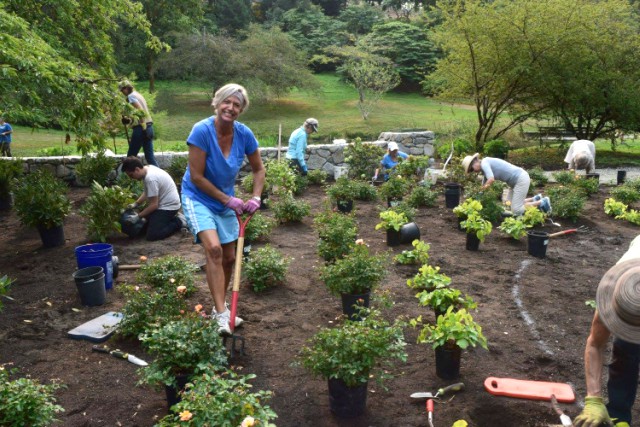 On Wednesday, September 6, a group of volunteers from the Seattle Garden Club joined with UW Botanic Gardens hort staff to plant the Azalea Way Centennial Garden. It was a warm, muggy day, but that didn’t deter the volunteers and staff gardeners, who planted more than 600 shrubs, trees, and perennials in the new summer-themed garden.

Located next to the pond at the south end of Azalea Way, the garden will open to the public later this month, when the construction of the crushed-rock terrace by the shore of pond is completed.

The Centennial Garden celebrates the 100th anniversary of the Seattle Garden Club, which has a long and influential history in the Arboretum.

More photos: See more shots of the planting party on our Facebook page.

The Arboretum is a treasured place of sanctuary and respite, even more so during such stressful times. While the Graham Visitors Center is currently closed and our normal volunteer programs and events are suspended, the Arboretum grounds remain open to the public. To... 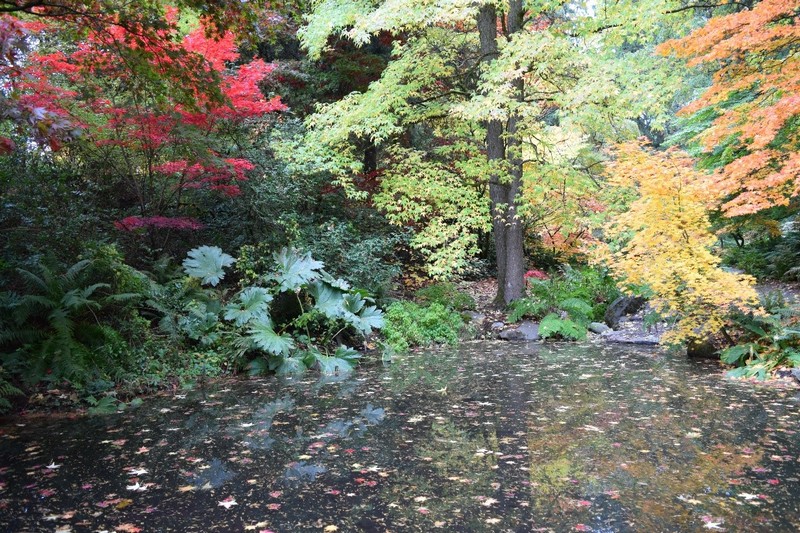 In July and August, with funding from the Arboretum Foundation, UW Botanic Gardens horticulture staff worked on a project to restore the lower stream channel connecting the two ponds in the Woodland Garden. The channel dates back to the original Olmsted Brothers... 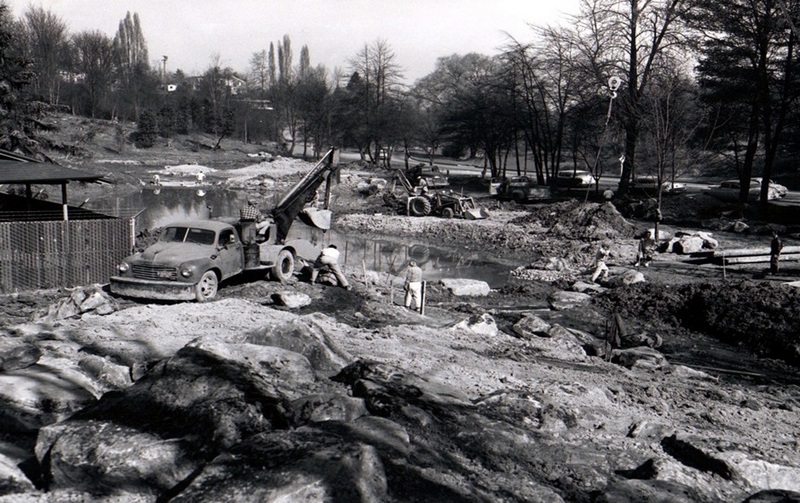 This year, as part of the 60th anniversary celebration of the Seattle Japanese Garden, two volunteer guides—Shizue Prochaska and Julie Coryell—are putting the finishing touches on a collection of articles about the creation of the Garden by its original designers and... 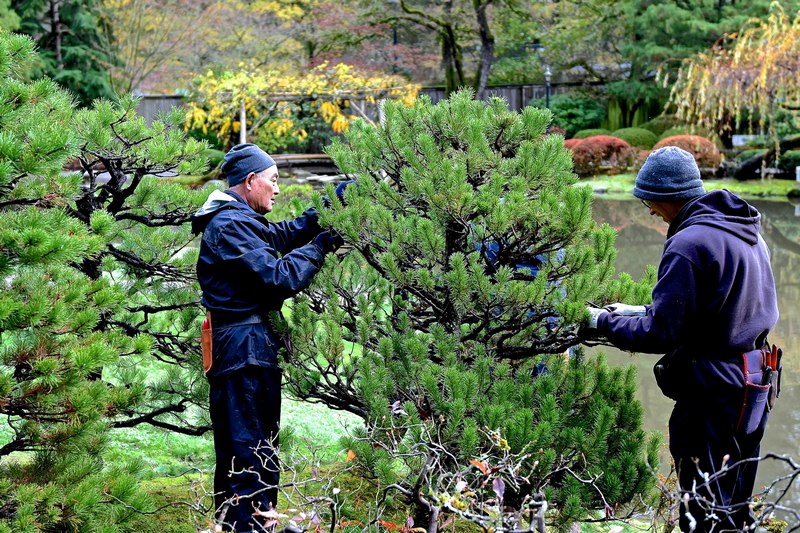 Since its opening in the Arboretum 60 years ago, the Seattle Japanese Garden has been a place of connection for many Seattle residents and visitors—a place to connect to community, nature, and the unique, intentional narrative experience that the Garden offers. A...

The always stunning fall foliage of the sourwood t

We ❤️ plants! In this case, Disanthus cercidi