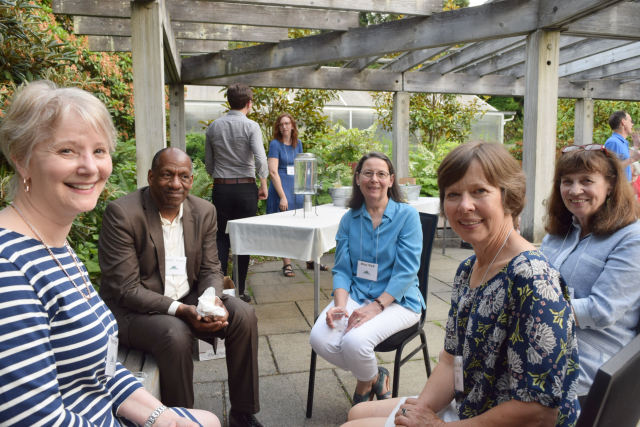 Arboretum Foundation members turned out in force for our 2018 Annual Meeting on Wednesday, June 20. Our Board President Sherrey Luetjen led the proceedings, which included a slide presentation about the Foundation’s fiscal-year accomplishments, remarks from our partners at UW Botanic Gardens and Seattle Parks, and the election of new members to our Board of Directors.

Sherrey was excited to announce that our Interim Executive Director Jane Stonecipher has agreed to extend her tenure and remain in her position until spring 2019. The search for a new, permanent director will begin in early 2019.

In his recap of 2017–18, Interim Director of UW Botanic Gardens Fred Hoyt spoke about the collaborative effort that went into the design and creation of the new Azalea Way Centennial Garden. He also spoke about how, in early 2018, the Arboretum partners hired the architecture firm Mithun to complete a pre-design study for the proposed new environmental education center. Mithun’s work includes the education center at IslandWood and the new Nordic Museum, and we expect to get their report in fall 2018. 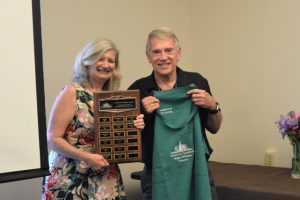 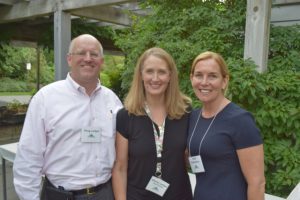 Director of Planning and Development at Seattle Parks & Recreation Michael Shiosaki spoke about the teamwork behind the creation of the new Arboretum Loop Trail. He also talked about the City’s plans to renovate the Waterfront Trail connecting Foster Island and Marsh Island to the mainland, using more than $1.4 million of funding secured from various sources, including mitigation for the 520 bridge.

Incoming Board President Jason Morse talked about his deeply felt connection to the Arboretum and joined with Jane Stonecipher in thanking outgoing President Sherrey Luetjen for her dynamic leadership over the past two years. Departing board members Anne Phelps and Chris Pendl were thanked for their service and commitment, while four new board members were welcomed: Tobin Booth, Peter Rees, Heidi Richardson, and Jan Kirkwood Waszak.

Jane wrapped up the speeches by talking about the impact of two recent gifts to the Arboretum: one by the Wiley family that helped fund a new copper roof for the machiai structure in the Japanese Garden, and another by a long-time friend of the Arboretum that will fund a major revitalization of the Lake Washington Boulevard Corridor over the next 18 months. 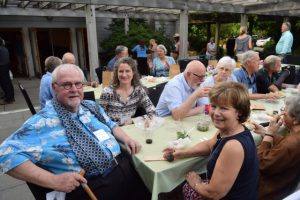 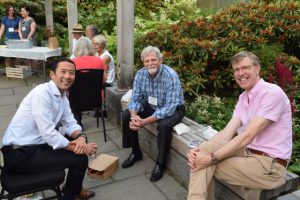 Jane also talked about two key ingredients in the “special sauce” that makes the Arboretum such a success: the wonderfully productive partnerships behind the scenes, and the vibrant and dedicated community of members, donors, and volunteers helping to sustain it.

Fittingly, the last order of business was the presentation of our Volunteer Legacy Award. This year’s award went to our Board Member and display garden designer Roger Williams for his longstanding and varied service to the Arboretum.

The evening ended with a delightful light meal on the Graham Visitors Terrace.