Group and Corporate Volunteers Building a Legacy at the Arboretum 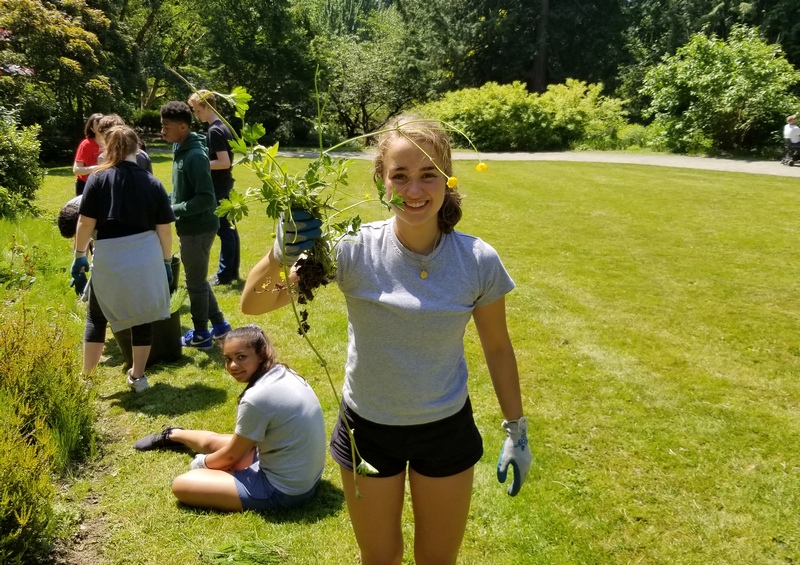 Since its beginnings in the 1930s, the Washington Park Arboretum has relied heavily on the generosity and hard work of volunteers—from the individuals who staff the gift shop and events to the Arboretum Units that pioneered many of the park’s most successful fundraising and education programs.

In recent years, the Arboretum has become a hub for corporate and group volunteer projects. The volunteers help staff gardeners restore the plant collections through weeding and mulching, and many are returning groups who are deepening their legacy here.

With our partners at Seattle Parks and UW Botanic Gardens, the Arboretum Foundation hosted 15 such work-service projects last year. And 2019 looks set to become another banner year, with 18 projects either completed or scheduled so far—with more likely on the way in late summer and fall. 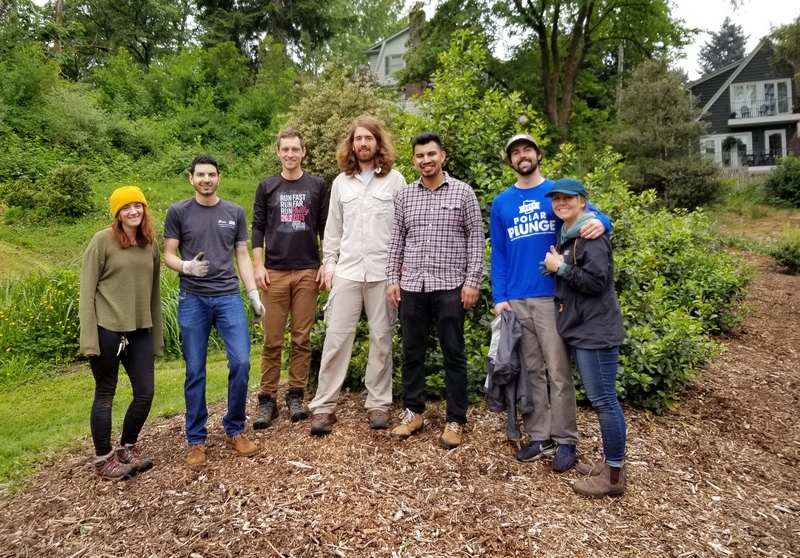 In March, PAE Engineers kicked off a monthly schedule of work sessions with a bout of mulch spreading in the New Zealand Forest. In April, volunteers from the company removed invasive English ivy from the Lookout Trail, close to the Milburn Memorial; in May, they weeded in the north section of the Holly Collection; and this month (June), they will weed on Yew Hill, just along the Loop Trail.

A crew from Americorps NCCC committed to a couple of work sessions in March and April, helping out in the restoration area along Arboretum Creek, west of Lake Washington Boulevard. Also in April, volunteers from the company Sonos weeded the new Azalea Way Centennial Garden, while employees from DocuSign pulled weeds and invasive shrubs from Yew Hill. 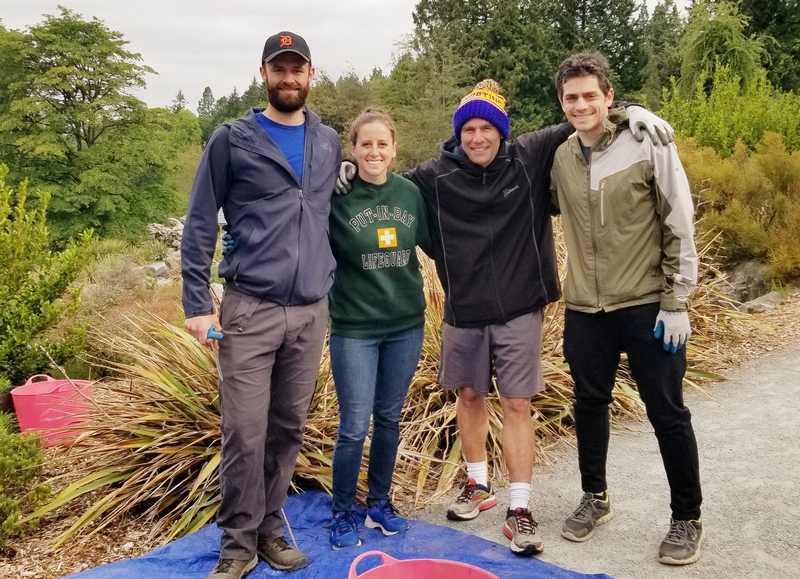 Volunteers from Rockwell Automation in the New Zealand Garden.

In May, separate crews from Airbnb and Rockwell Automation weeded in the New Zealand Garden; Salesforce employees weeded in the Holly Collection; and a group of seventh and eight graders from St. Joseph’s School Elementary School weeded in the Witt Winter Garden.

This month (June) is going to be super busy, with seven group sessions on the schedule. Along with PAE Engineers, Salesforce and Sonos will be returning, with the former weeding in the Woodland Garden and the latter weeding and mulching in the Mediterranean Collection. We’ll also be hosting two crews from Google—both of whom will remove ivy and clear brush from an area to the north of the Holly Collection. A contingent from HDR will remove ivy from Sorbus Collection, while volunteers from Pay Northwest will weed in the Woodland Garden.

“We’re incredibly grateful for the hard work  these volunteers do to help keep the Arboretum healthy and beautiful,” says Foundation Volunteer Resources Manager Alyssa Henry, who works on recruiting and retaining the volunteers. 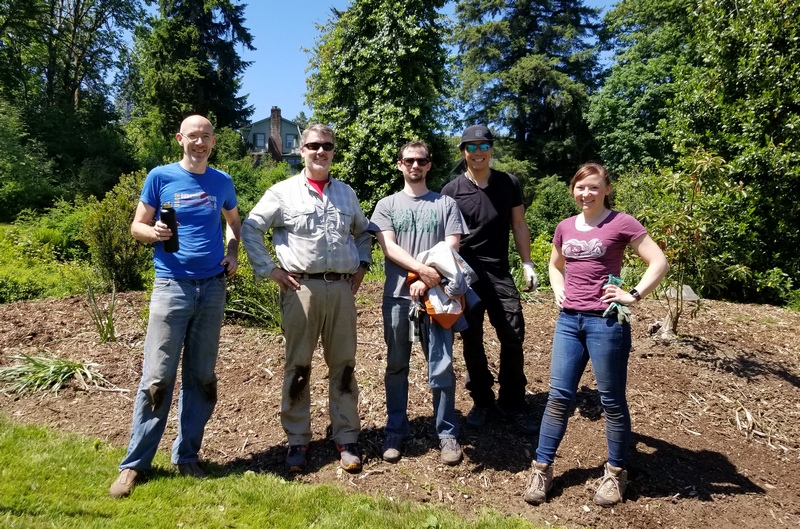 “The Arboretum is a great venue for volunteering,” she continues. “Many of our groups really love the chance to get outdoors and contribute to the restoration and beautification of a valuable public green space. They come back because they find it an enriching experience, and because they enjoy getting to know and learn about different areas in the park.”

Signing up: If you’re interested in setting up a corporate or group volunteer work-service session, contact Alyssa at 206-325-4510 or ahenry@arboretumfoundation.org. We accommodate groups of all sizes and experience levels (gardeners train the volunteers at the start of each project). We also provide snacks, courtesy of our sponsor, Clif Bar. 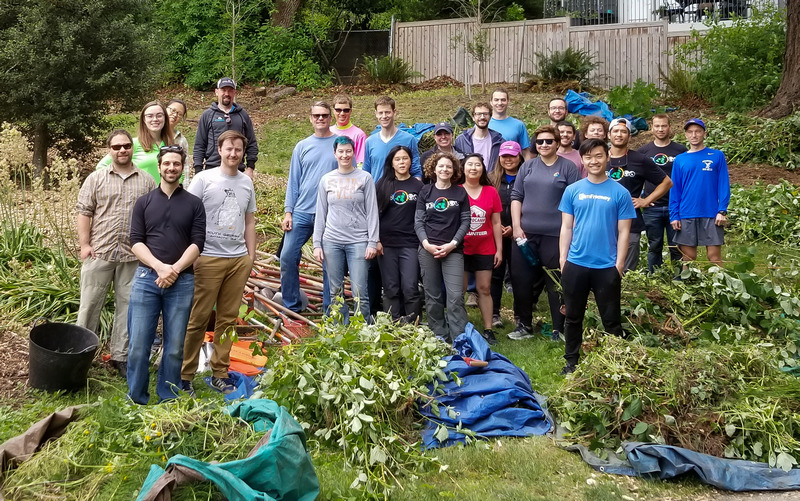 Google employees in the Holly Collection in early June.