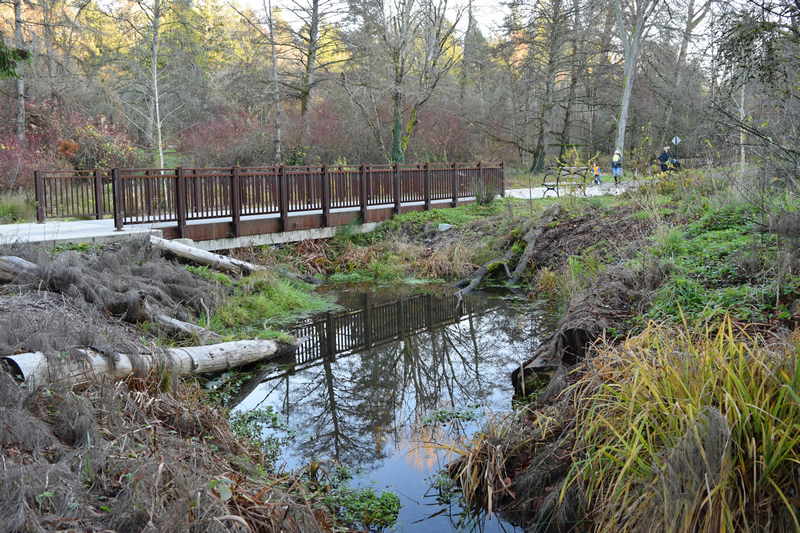 In recent years, the UW Botanic Gardens, Seattle Parks and Recreation, and the Arboretum Foundation have made safeguarding and improving the watershed within Washington Park Arboretum a major priority. Most dramatically, in 2017, the Loop Trail project helped enhance the ecological function of Arboretum Creek by daylighting some culverted sections of the stream and re-engineering a large stretch of it into a more natural form.

New projects are now underway to improve the flow and quality of the water moving down through Rhododendron Glen into Azalea Way Pond, feeding into Arboretum Creek, and also the water that moves westward out of the Woodland Garden’s lower pond and eventually into the Creek. In addition, the Lake Washington Boulevard Corridor Project is also helping the watershed by removing invasive plants and restoring native vegetation along the Creek as it flows through the Pinetum.

A major challenge exists, however, to the Creek becoming a fully functioning ecosystem capable of supporting diverse invertebrate life, fish, birds, and other wildlife: lack of reliable year-round water flow. Historically, Arboretum Creek collected water as far south as Seattle’s Central District. In the early 20th century, however, the construction of the elevated Madison Street road across Madison Valley effectively dammed the Creek off from much of its original watershed. Moreover, as the immediate neighborhood around the Arboretum developed, much of the remaining stream water was diverted into a combined sewer overflow system and now gets sent to the West Point Treatment Plant (except during storms, when overflowing sewage empties directly into the Montlake Cut). 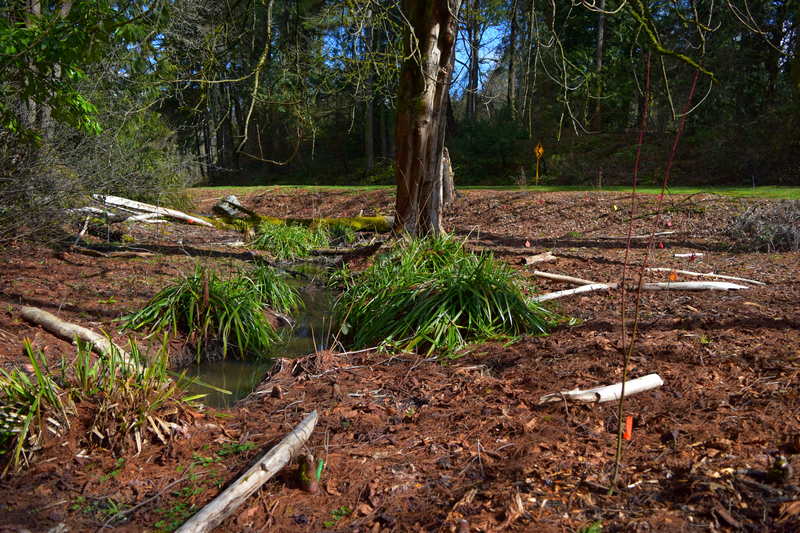 New native plantings (marked by flagging) along Arboretum Creek in the Pinetum.

The result? In the summertime, Arboretum Creek dries to a trickle, and much of it becomes a series of warm, stagnant pools. In consultation with the Arboretum partners, a newly formed non-profit, the Friends of Arboretum Creek, is working to solve the problem by reconnecting the Creek with parts of its former watershed so that fresh water can run through the system year round.

Arboretum Foundation Board of Directors member and local nature photographer Larry Hubbell is one of the founders and driving forces behind the Friends. Over the last two years, Larry and his colleague, Dave Galvin, located two small local streams on the southwest corner of the Arboretum—Alder Creek and Alley Creek—uphill from the Japanese Garden. Using funds secured through the King County Waterworks Grant Program, Larry and Dave tested the water and found it to be clean.

“Historically, these streams fed into Arboretum Creek, but they currently flow into the County’s combined sewer overflow,” says Larry. “Reuniting them with Arboretum Creek would provide more than 40,000 gallons of clean water per day year-round to the ecosystem. This would help revitalize the Creek and also increase capacity to the County’s sewer system, saving taxpayers money and reducing pollution.” 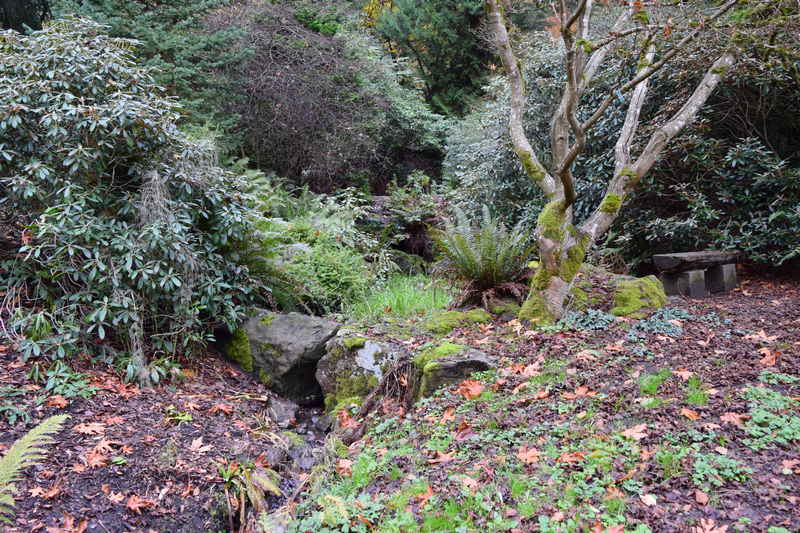 A project is underway to improve water flow and quality in the Rhodendron Glen stream.

As a bird lover, Larry dreams of one day seeing the Creek become a flourishing habitat capable of supporting all sorts of bird species, from belted kingfishers to cedar waxwings. “Imagine beautiful green herons, for example, making a living in a reinvigorated Arboretum Creek,” says Larry. “These secretive birds could come for the frogs and fish enjoying the cool, clean, year-round flow of water.”

The next phase for the Friends is to create a mutually agreeable design that reunites Alder and Alley Creeks with Arboretum Creek. In fall 2019, the Friends submitted a proposal—the “Alder Creek to Arboretum Creek—30% Design Project”—to King County Council seeking additional grant money to kick start the design process.

Neighbors and local groups, such as Seattle Audubon, petitioned the Council to approve the funding. In August, Arboretum Foundation Executive Director Jane Stonecipher sent a letter to the King County Council on behalf of our organization supporting the Friends’ grant application. In her letter, she wrote: “We believe that the potential for increasing the flow of clean water into Arboretum Creek and our surrounding watershed is an important community and ecological benefit.”

On December 11, the Council voted to approved the funding.

“For the design to be successful,” says Larry, “we will need to establish a mutually agreeable solution among the many stakeholder organizations.”

Support and more info: If you’d like to get involved, support, volunteer for, or learn more about the ongoing efforts of the Friends of Arboretum Creek, visit their website: https://arboretumcreek.wordpress.com/