Stewartias are among the stars of the summer-flowering season at the Arboretum. While the Asian stewartia species in the main grove on the southern edge of the Camellia Collection justifiably receive a lot of praise, the lesser-known mountain stewartia (Stewartia ovata) from the southeastern U.S., growing nearby, deserves accolades as well.

You’ll find four specimens of mountain stewartia tucked in and around Rhododendron Glen. The species doesn’t possess the stunning bark of Stewartia monadelpha or S. pseudocamellia, however it produces a flower of extraordinary beauty, and the fall foliage is not too shabby either.

Read about species and the specimens in the Arboretum—one of which was designated a national champion for its height in 2004—in the latest issue of the Arboretum Bulletin. 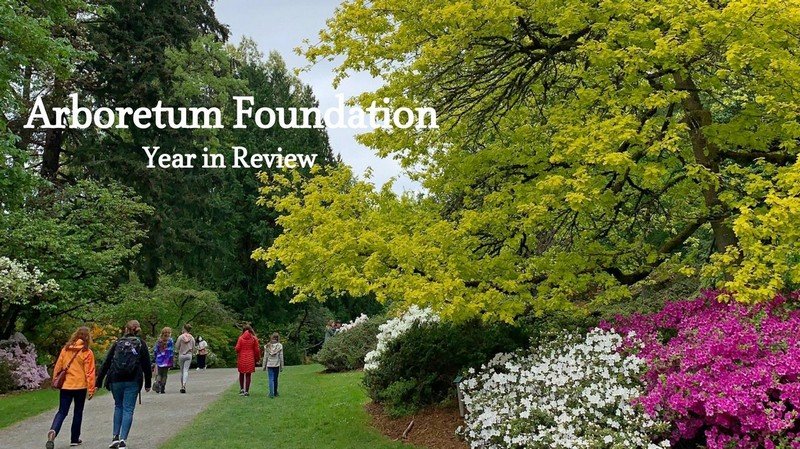 We had a good turnout for our Virtual Annual Meeting on June 16. More than 70 Arboretum Foundation members tuned into the Zoom webinar to hear about our fiscal-year accomplishments, listen to updates from our UW and City partners, and participate in our Board of... 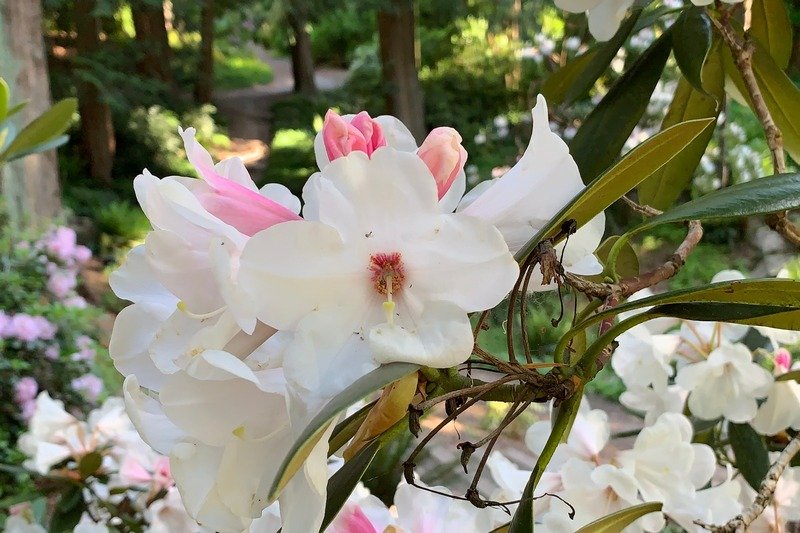 The Foundation and its partners at the UW and City of Seattle are delighted to announce that a restoration project in the Arboretum has been awarded the prestigious Founders Fund for 2021 by the Garden Club of America (GCA). The award of $30,000 will help us complete... 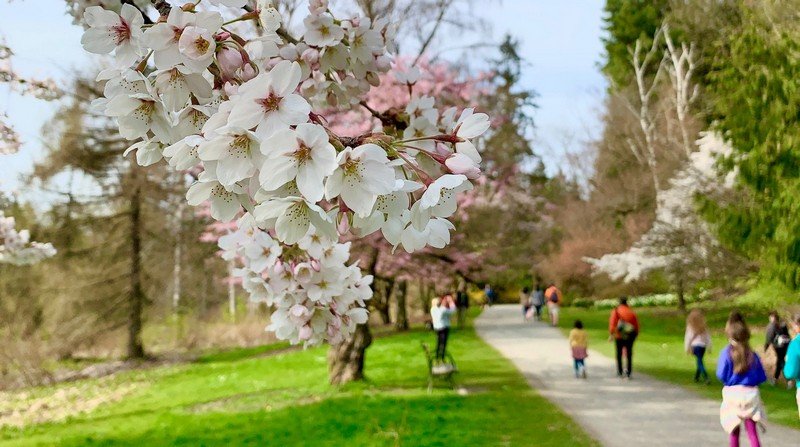 At our Annual Meeting on June 16, we elected three new members to our Board of Directors. Congratulations and welcome to Lisa, Scott, and Beverly! We are excited to have your talents and expertise on board, and we appreciate you sharing your energy and passion to help...

The Arboretum offers some of the best fall color in the region, including the Japanese maples in the Woodland Garden and the shagbark hickories on Azalea Way. Another must-see for aficionados of autumnal hues is the fiery-leafed Korean maple (Acer pseudosieboldianum...