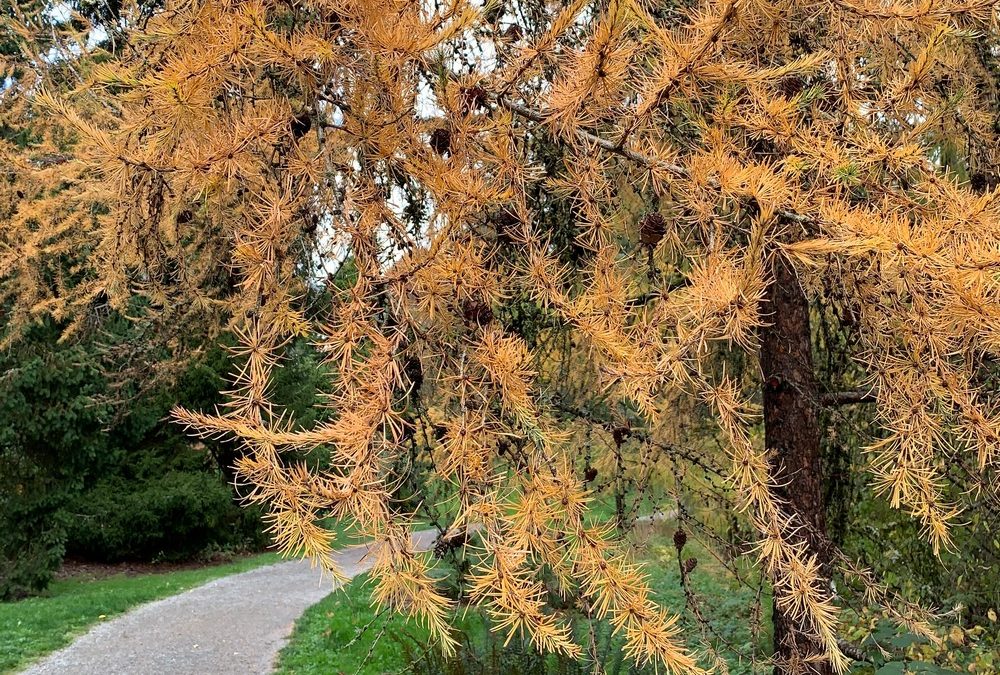 Broadleaf deciduous trees such as maples and sourwoods aren’t the only stars of the fall foliage season. Deciduous conifers such as larches and dawn redwoods also dazzle with colors ranging from bright yellow to orange to ruddy brown. Depending on the weather, peak viewing time for the larch collection in the Arboretum—as well as our native larches in the North Cascades—is usually late September to mid-October.

In the latest issue of the Arboretum Bulletin, Rebecca Alexander of the Miller Library writes about the science behind the larch tree’s stunning seasonal transformation, as well as some of the lore surrounding the species in this country and beyond. She also profiles some other deciduous conifers that are putting on a fall show in the Arboretum. 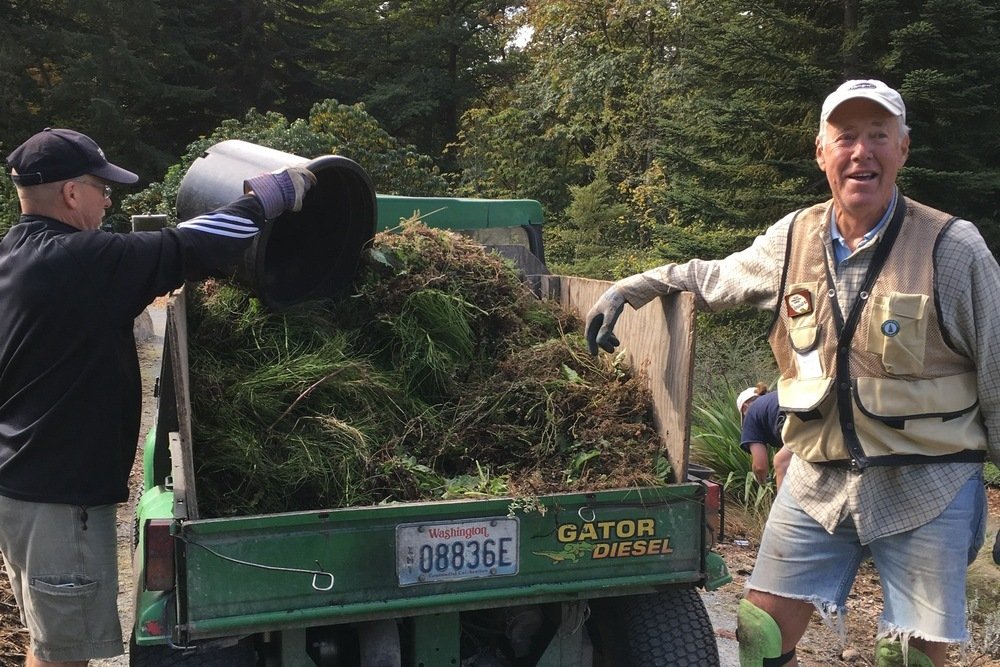 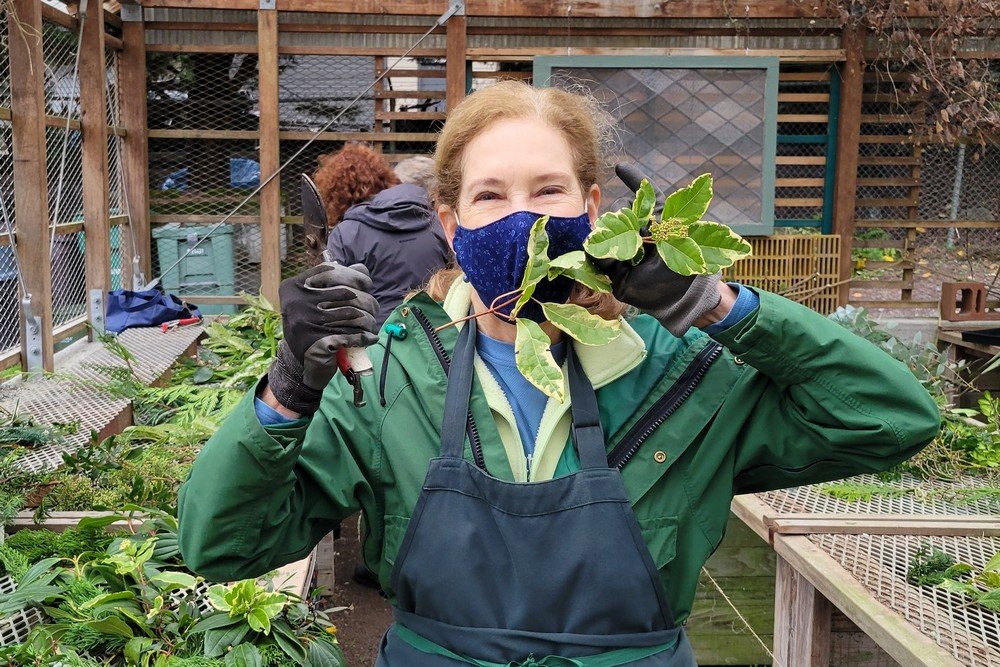 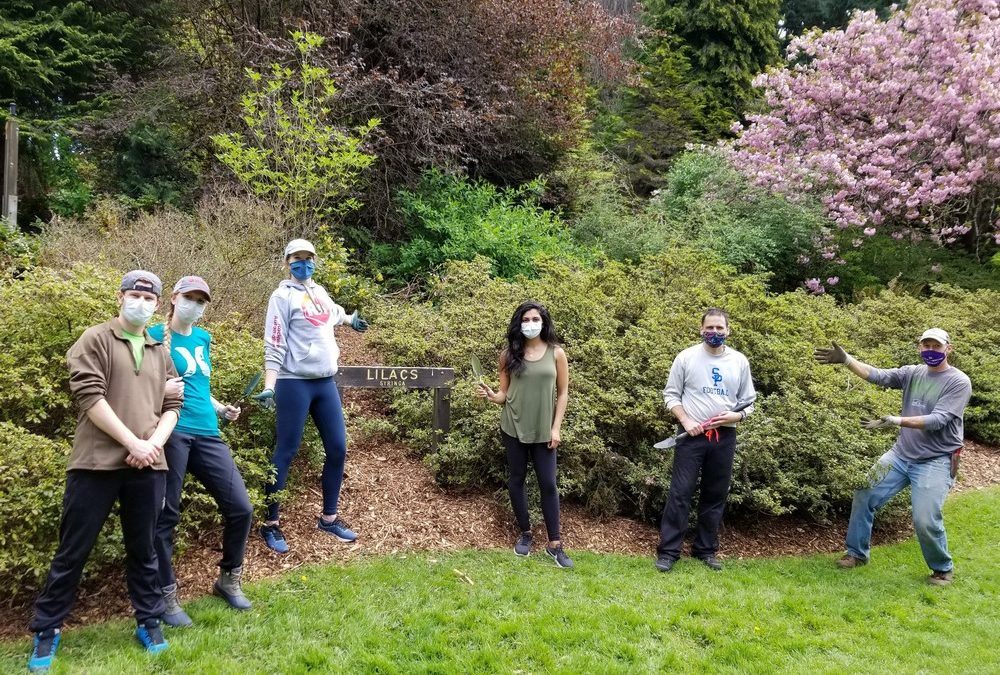 Corporate Volunteers Return in Force to Help Restore the Arboretum

Rockwell Automation mulched the Lilac Collection in April with UW gardener Roy Farrow (right).After a year-long pandemic-related hiatus, the Foundation's Corporate and Group Service Program is back in full swing. So far in 2021, eight local companies have sent...