New astilbes in bloom along the upper stream in Rhododendron Glen.

The Arboretum has made great progress on plant collection restoration in Rhododendron Glen over the last three years, but the stream restoration portion of the project has been delayed due to a permitting backlog at the Army Corps of Engineers. Thankfully, we now have all the required permits, and work will begin on the week of August 15.

The scope of the project will include: 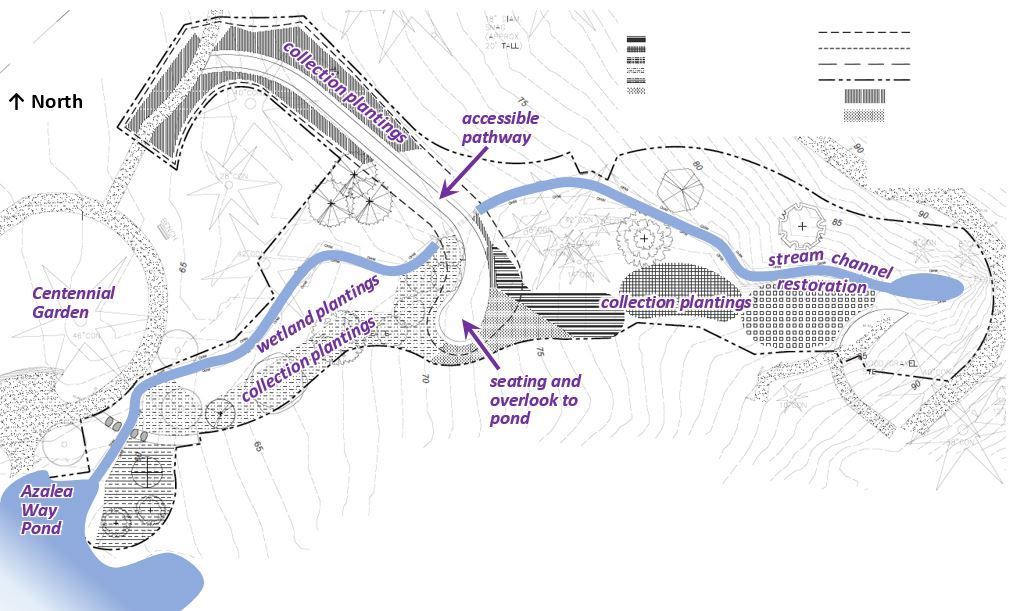 New Plants Coming to the Glen

“From the heath family (Ericaceae), we’ll be including species of Rhododendron, Vaccinium (huckleberry), Gaultheria, Enkianthus, Kalmia (mountain laurel), Pieris (lily-of-the-valley shrub), and more. There will be a mixture of smaller trees on the south side of the stream, including Acer (maple) species, Magnolia ashei, and other Magnolia species, Cornus (dogwood) species, and several others. Companion plants in areas near the creek will include many species of Primula (primrose), Darmera peltata (umbrella plant), Rodgersia species, Podophyllum (mayapple) species, and Gunnera tinctoria (Chilean rhubarb), plus a variety of ferns and other perennials.

“Adjacent to the pathway,” continued Ray, “we’ll include some of these species, as well as lower-growing shrubs and perennials, including fern species, Epimedium, Vancouveria, Dicentra (bleeding heart) species, and other spring-flowering perennials.

“Closest to the channel itself, there will be a mixture of native perennials, grasses, ferns and small shrubs. These will include camas, skunk cabbage, maidenhair fern, sedges and bulrushes, Kalmia microhpylla (bog rosemary) and Rhododendron groenlandcium (Labrador tea) and many others.

The construction work and planting will last up to three months. During this time, there will be intermittent path closures in and around the Glen. Nearby, alternate pathways will remain open.

Thank you! We appreciate the generosity of Mary Ellen and Gordon Mulder in making the Rhododendron Glen Restoration Project possible, as well as funding from the Seattle Garden Club and other key supporters. 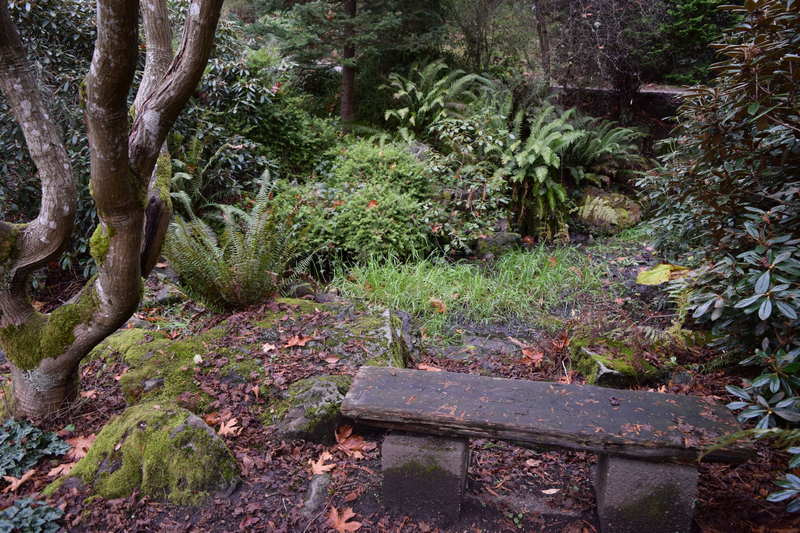 The stream restoration phase will include enhancement of the upper pond in Rhody Glen. 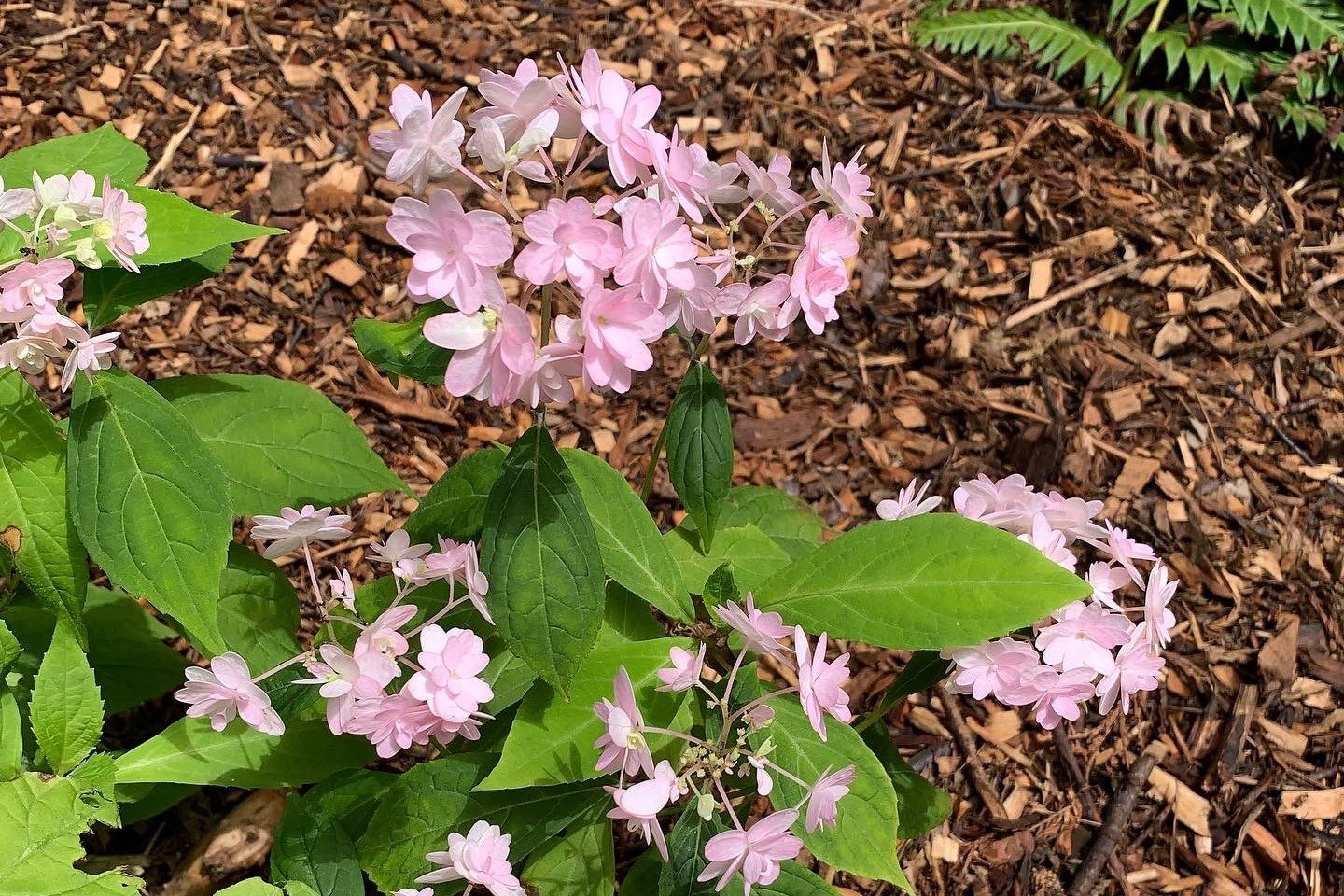 A new Hydrangea serrata ‘Yae no ezo’ by the staircase in Rhody Glen. 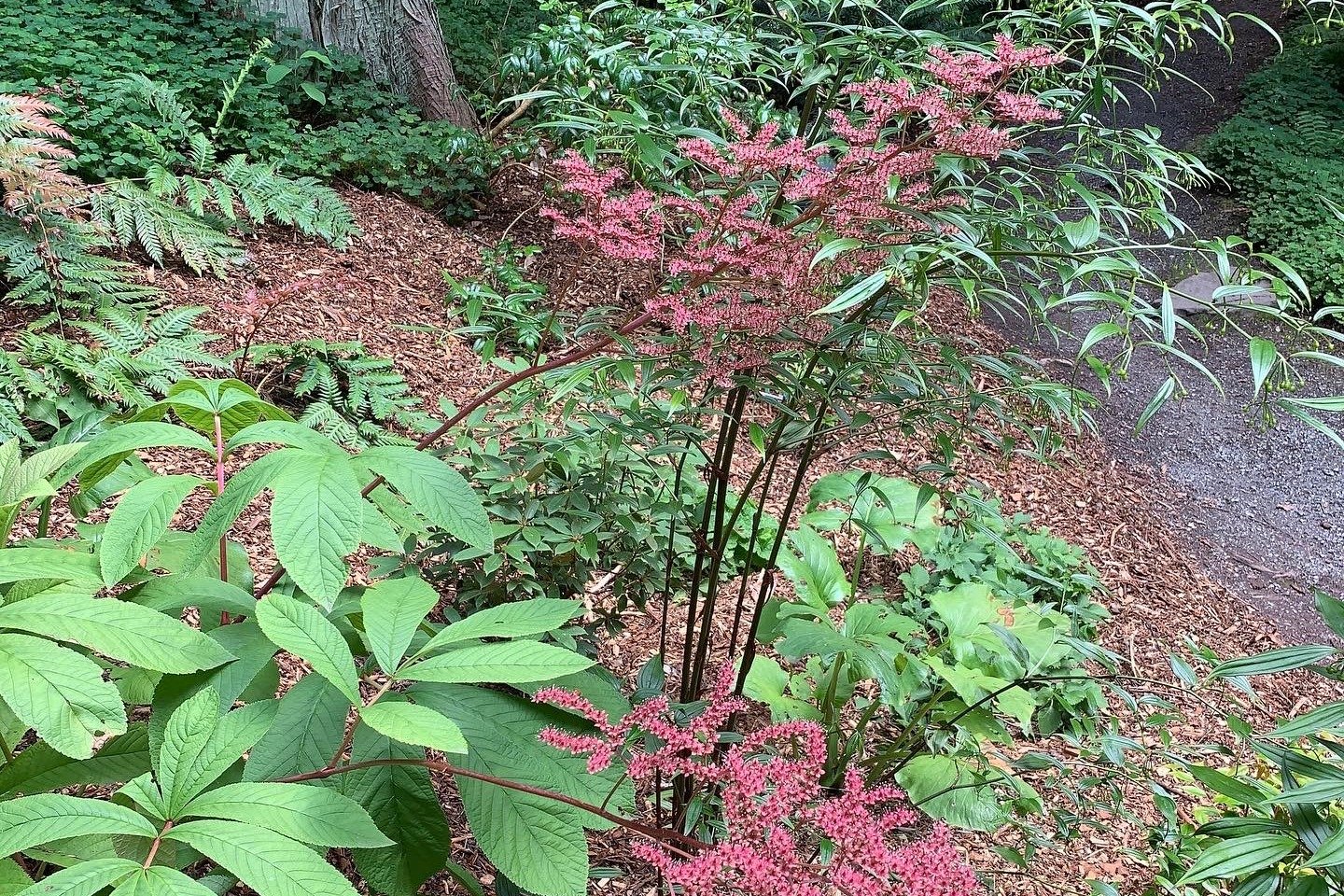 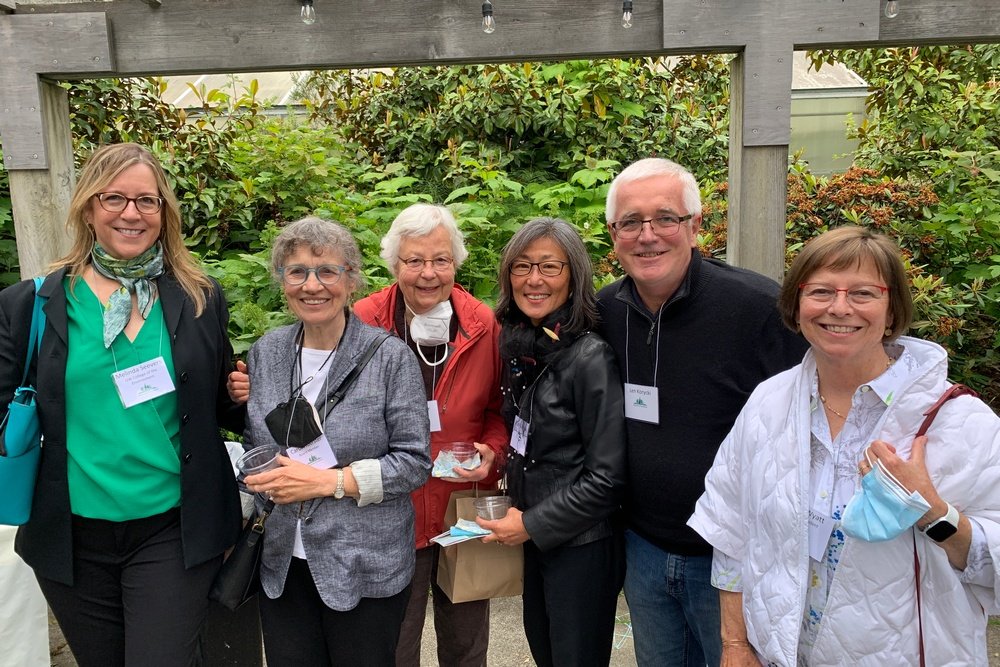